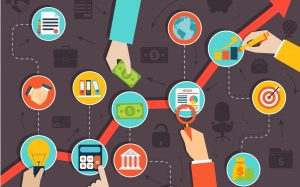 Economics can be referred to as a social science that is mainly concerned with scarcity and utility of resources, production of goods and services, and study of decision making by individuals, governments, and businesses concerning a variety of choices. Efficient optimization of production and resources is imperative because human wants are unlimited. Economics is mainly bifurcated into two disciplines i.e Individual ( Micro) and Overall ( National/ International/ etc known as Macro). 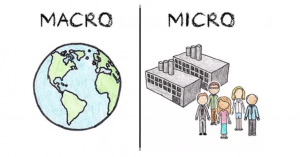 The term Macroeconomics was coined by Ragnar Frisch in the year 1933. Macroeconomics is a branch of economics that analyses the performance of the economy with the totality of macro factors and the individual factors which influence it. It studies broader perspectives which can be on a global or country level. It is based on channelizing performance, growth, structure and econometric correlations for the economy.

Major organisations like Governmental entities, Financial bodies and Industrial sectoral bodies depend on macroeconomic principles to formulate economic and fiscal policies. The major goal of these policies is to maximise the national income, reduce inflation and provide economic growth. Macroeconomic theories are concerned with parameters like Gross Domestic Product, international trade, national income, employment, price level, etc to explain correlations and dependencies of these on each other. All of the policies implemented are vital for the welfare of the nation as they lay the basis for the decision-making mechanism and prevent the occurrence of any kind of financial crisis or negative events which can harm the stability of a nation’s economy.

All of us use microeconomics in our day to day life to make decisions. For example, we shop on a budget and buy accordingly considering the need and the utility (satisfaction) derived.

Microeconomics is the branch of economics that studies the behaviour of individuals, households and firms which form the constituents of the economy regarding the distribution of scarce resources and how they interact with each other. Microeconomic work mainly revolves around analysing the behaviour and choices of various consumers, buyers, businessmen, etc concerning changes in factors like supply, demand, price stability, taxes, etc.

Allocation and distribution of the sources are imperative for optimum utilization to avoid any wastage and management for social welfare. It can be said that the economy is observed through a microscope to analyse the behaviour of innumerable units of the economy and establish the interrelationship between them for easier comprehension of the same. It does not study the totality of the economic units or analyses the overall ecosystem. It helps to formulate various economic strategies and regulations to study the economic welfare of the population. From analysing the policies to raise the standard of living of the population to implications and problems with various taxation policies, microeconomics helps to identify what works the best for the overall growth.

Macroeconomics is encountered by us every day as we observe the economy, taxation and interest rates. 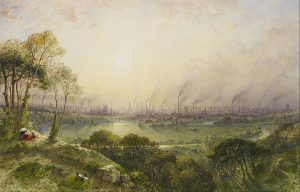 Core concepts of Microeconomics and Macroeconomics have been the focus of the study of Economics for centuries as the topics like employment, prices, demand, supply etc have been of concern to economists. The terms in themselves are much recent with the origin said to be around the early 1940s.

The global economy is the international economic system in which all the activities conducted by the nations and between or among different nations are included. International trade allows the countries to buy or sell resources through multiple options providing multiple jobs in the areas of importing and exporting. Technological advancement enabled the potential of trade of goods and services allowing companies to reach a large number of consumers and expand their operations.

The global economy has been dealing with a transformational change due to the Covid Pandemic. Pandemic led to a closure of educational, governmental and workforce institutions in 100+ countries due to lockdowns leading to a worldwide economic slowdown. Some of the important definitions related to the Global Economy are-

Globalisation- Globalisation refers to the process of the economic integration of national markets and borders through products, services, technology, information and jobs. Globalisation has been accelerated due to the promotion of free trade through international trade bodies and compliances and the growth of technology. Simply speaking, The term globalisation refers to the process of integrating a country’s economy with the global economy. It is the culmination of several initiatives aimed at converting the world into one of greater interconnectedness and integration using trade and economics.

International Trade- The exchange of commodities and services between countries is known as international trade. Consumers and countries benefit from global trade because they can get goods and services that aren’t available or are more expensive in their own countries. International trade and the financial transactions that accompany it are typically conducted to provide a nation with commodities that it lacks in exchange for those that it produces in abundance; such transactions, when combined with other economic policies, tend to improve a nation’s standard of living.

Liberalisation- The removal or lowering of constraints or barriers to the free exchange of products between states is known as trade liberalisation. Tariffs, such as levies and surcharges, and nontariff barriers, such as licencing rules and quotas, are examples of these barriers. Economists frequently see these constraints being eased or eliminated as measures toward promoting free trade. Increased competition from overseas as a result of trade liberalisation encourages home enterprises to become more efficient and produce at a lower cost. This competition may also encourage a country to redirect resources to industries where it has a competitive advantage. Trade liberalisation, for example, has encouraged the United Kingdom to focus on its service industry rather than manufacturing.

Global Recession- A global recession is a period of worldwide economic deterioration. As trade links and international financial systems spread economic shocks and the impact of recession from one country to another, a global recession involves more or less simultaneous recessions across several national economies. Since World War II, there have been four worldwide recessions, according to the IMF, beginning in 1975, 1982, 1991, and 2009. The IMF declared a new worldwide recession, named the Great Lockdown, in 2020, as a result of the extensive implementation of quarantines and social distancing measures during the COVID-19 pandemic. Since the Great Depression, this is the worst worldwide recession on record.

Factors affecting the Global Economy are-

Importance of Stability of Global Economy

The COVID-19 pandemic has sparked the world’s worst economic downturn in over a century, putting people’s health at risk, disrupting economic activity, and causing harm to their well-being and jobs. To walk the rope of recovery, which will shape the economic and social prospects of the next decade, extraordinary actions are required in the terms of the global economic recovery. Avoiding economic and financial crises, huge fluctuations in economic activity, high inflation, and excessive volatility in foreign exchange and financial markets are all important components of promoting economic stability. Instability can heighten uncertainty, deter investment, hamper economic progress, and lower living standards. In a dynamic market economy, there is bound to be some volatility as well as gradual structural change. The pandemic has led to a global economic slowdown and with the borders opening up, things will hopefully get better!

India is one of the oldest civilisations to exist and today it stands as one of the fastest-growing economies in the world with a prediction of a growth rate of 11.5% in 2021 as predicted by the International Monetary Fund. The emergence of the prevalence of economics can be traced back to the times of Indus Valley civilization where trade was present in the agricultural domain, production of weapons and exchange of coins.

Economy and Growth in the Mughal Period

Even after this period, this format was predominantly followed. Mughal Period witnessed a boost- it is estimated that the Gross Domestic Product was around 25.1% of the Global Economy in the 16th Century. This growth was due to the trade policies, customs, tax administrations and expansion policy that was followed by the Mughals.

Expansion of British in India

In the 18th Century, the emergence of British political power started the decline of the treasury that was set up by the powerful kingdoms. This expansion stopped the influx of the foreign currency that was coming to India through various countries and the British introduced policies to control the foreign trade to act as a major receiver of India’s goods at extremely cheap costs. Overall, the colonial period brought a considerable negative change under the rule of the ruthless British. The Indian population suffered through famines, low life expectancy rates and had to bear strict taxation rules resulting in the economic breakdown. Important Indian industries like the handicraft industry suffered huge losses due to British products.

Rebuilding of the Economy after Independence

The process of rebuilding the economy started after independence was achieved from colonial rule with a lot of stress regarding the same on the political leaders. Policies of different countries were observed to develop the economy like the 5 Year Plans. Investments in infrastructure and agricultural facilities were made to boost our agrarian economy. The economic growth was not steady due to problems related to capital, education, lack of skilled labour force, high population and other global issues.

One of the major economic initiatives that were introduced in the 1960s was the Green Revolution to bolster our economy which was predominantly based on agriculture and to make India self-sufficient. The first steps towards liberalisation to open up the economy were opened up in the 1980s which consisted of easing restrictions and price regulations.

The condition of the economy was dreadful in the early 1990s as India’s major trading partner the Soviet Union was dissolved and India was facing major payment problems. The burden of the loans kept on increasing and India was asking the IMF for bailout loans to get saved from this particular situation. Liberalization, Privatization and Globalisation policy was introduced in 1991 by then Finance Minister Manmohan Singh setting up a milestone in the history of the Indian Economy which welcomed FDIs, banned public monopolies and opened the doors to welcome trade from different parts of the world to develop the capitalist economy. Since this plan, the growth has been favourable in different sectors, the standard of living has increased with major improvements in the health and education sector.

DO CHECK OUT OUR SOCIAL MEDIA HANDLES BELOW FOR INFOGRAPHICS, DAILY SHOTS OF MOTIVATION AND UPCOMING EVENTS!

About the Author: The Mentor